Ohio Attorney General Dave Yost has filed suit against Centene and several of its subsidiaries, alleging that they schemed to misrepresent pharmacy costs and gain overpayments from the state’s Medicaid program.

In a statement, Yost’s office said the investigation, which was conducted by outside counsel, found that the companies filed reimbursement requests for amounts that had already been paid by third parties, and failed to accurately represent costs to the Ohio Department of Medicaid.

“Corporate greed has led Centene and its wholly-owned subsidiaries to fleece taxpayers out of millions. This conspiracy to obtain Medicaid payments through deceptive means stops now,” Yost said in a statement. “My office has worked tirelessly to untangle this complex scheme, and we are confident that Centene and its affiliates have materially breached their obligations both to the Department of Medicaid and the state of Ohio.”

Yost has openly declared war on PBMs and has made investigating their business practices a critical initiative within his office. In March 2019, the AG filed suit against Optum, seeking to reclaim $16 million in what he says are drug overcharges.

The AG filed a similar suit against Express Scripts in July 2020.

In a statement, Centene called the claims in the lawsuit “unfounded” and said it will “aggressively defend” against the allegations.

“Envolve’s pharmacy contracts with the State are reviewed and pre-approved by state agencies before they ever go into effect. Furthermore, these services saved millions of tax-payer dollars for Ohioans from market-based pharmaceutical pricing,” Centene said.

“We look forward to answering any of the Attorney General’s questions. Our company is committed to the highest levels of quality and transparency,” the insurer said.

Several women’s health specialists from Hoag submitted a confidential complaint to the attorney general’s office in October, prompting the investigation. The physicians claim Heritage Healthcare, Providence’s physician management division, refused to pay for contraceptive services for HMO patients at Hoag and delayed miscarriage treatment authorizations, among other allegations, according to the complaint referenced by the news outlet.

The physicians also reported Heritage specifically referenced the Ethical and Religious Directives for Catholic Health Care Services, which are put forth by the United States Conference of Catholic Bishops, in at least one instance when it declined to pay for a patient’s intrauterine device insertion.

Applying the directives would be in violation of conditions set by now-Vice President Kamala Harris, who approved an affiliation between Hoag and Irvine, Calif.-based St. Joseph Health, a Catholic healthcare system, when she was California’s attorney general in 2014. In 2016, St. Joseph merged with Providence, which required Providence to maintain the pre-merger conditions related to women’s health services at Hoag. The only service for which Hoag was subjected to a ban was “direct abortions,” according to the Los Angeles Times report.

In a letter sent to the involved institutions March 2, Mr. Becerra requested Providence provide documents related to the issues by March 23.

“This office is monitoring whether the Catholic Ethical and Religious Directives are or have been applied to any aspect of a service, procedure, or other activity associated with a medical billing code, with the exception of direct abortions, performed by Hoag obstetrician/gynecologists,” the letter reads.

In an emailed statement to the Los Angeles Times, Providence said it “welcomes the Attorney General’s request for further information, and is confident that the review will demonstrate that Providence has always complied with all requirements under the merger conditions.”

In May, Hoag filed a lawsuit seeking to end its affiliation with Providence. 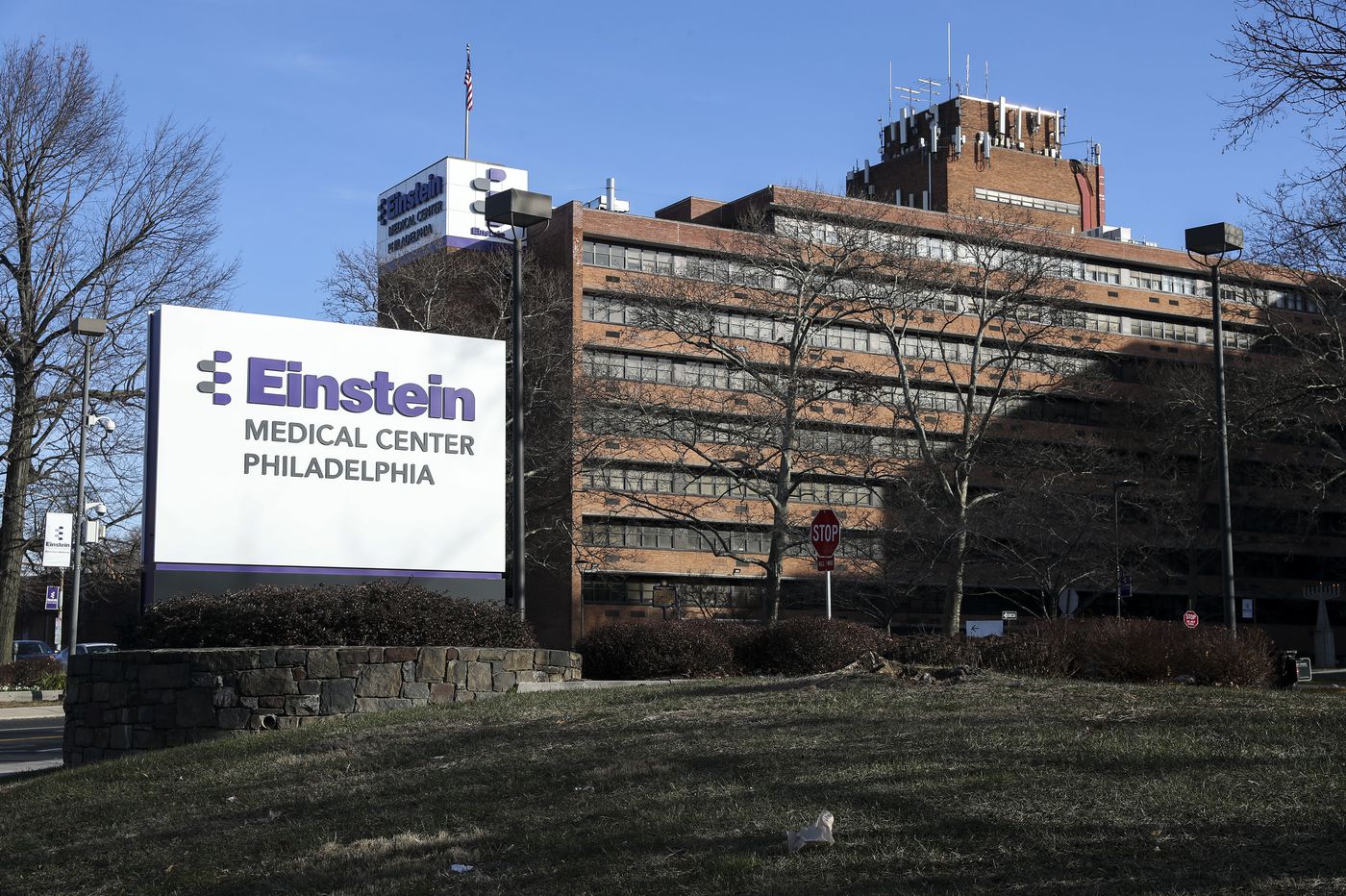 The merger of Einstein Healthcare Network and Jefferson Health is a matter of survival for Einstein’s flagship hospital, the two Philadelphia systems argued in a federal court filing this week, according to The Philadelphia Inquirer.

The health systems are attempting to overcome opposition to their merger from the Pennsylvania attorney general and the Federal Trade Commission.

A Sept. 14 hearing is slated on the FTC’s preliminary injunction request.

A court filing from the two health systems argued that Einstein, which has only had annual operating profits twice since 2012, is on a path to financial failure and needs $500 million to invest in key capital projects and deferred maintenance.

Without the infusion, Jefferson and Einstein said Einstein will continue to weaken “as it is forced to cut services or close facilities,” the Inquirer reported.

“Einstein was unable to identify any alternative buyer to Jefferson that possessed the financial strength and scale necessary to address Einstein’s financial problems,” the filing read, according to the Inquirer. “No other potential strategic partners were willing and able to commit to keep EMCP [Einstein Medical Center Philadelphia] open with its current set of services.”

The FTC announced in February its intent to sue to block the merger, arguing that combining the two systems would reduce competition in Philadelphia and Montgomery County.

“Jefferson and Einstein have a history of competing against each other to improve quality and service,” the FTC said in the February announcement. “The proposed merger would eliminate the robust competition between Jefferson and Einstein for inclusion in health insurance companies’ hospital networks to the detriment of patients.”

The FTC said that with a combination, the two parties would own at least 60 percent of the inpatient general acute care service market around Philadelphia and at least 45 percent of that same market in Montgomery County.

Sutter Health, a 24-hospital system based in Sacramento, Calif., has agreed to pay $575 million to settle an antitrust case brought by employers and California Attorney General Xavier Becerra.

Under the terms of the settlement, Sutter will pay $575 million to employers, unions and others covered under the class action. The health system will also be required to make several other changes, including limiting what it charges patients for out-of-network services, halting measurers that deny patients access to lower-cost health plans, and improving access to pricing, quality and cost information, according to a Dec. 20 release from Mr. Becerra.

To ensure Sutter is complying with the terms of the settlement, the health system will be required to cooperate with a court-approved compliance monitor for at least 10 years.

Mr. Becerra said the settlement, which he called “a game changer for restoring competition,” is a warning to other organizations.

“This first-in-the-nation comprehensive settlement should send a clear message to the markets: if you’re looking to consolidate for any reason other than efficiency that delivers better quality for a lower price, think again. The California Department of Justice is prepared to protect consumers and competition, especially when it comes to healthcare,” he said.

A Sutter spokesperson told The New York Times that the settlement did not acknowledge wrongdoing. “We were able to resolve this matter in a way that enables Sutter Health to maintain our integrated network and ability to provide patients with access to affordable, high-quality care,” said Flo Di Benedetto, Sutter’s senior vice president and general counsel, in a statement to The Times. “New Hampshire patients already pay some of the highest prices for health care in the country,” he said in prepared remarks. “Based on our investigation, we have concluded that this transaction implicates our laws protecting free and fair competition and therefore threatens even higher health care costs to be borne by New Hampshire consumers.”

The AG’s Charitable Trusts Unit report followed a notice of intent to take civil enforcement action issued on Sept. 13 by the Consumer Protection and Antitrust Bureau.

Partners officials said they look to continue talks with the attorney general to allay antitrust concerns.

“We remain fully committed to seeing this transaction through and are confident that the Attorney General’s Office will ultimately determine that our affiliation will pass antitrust review based on the thorough review that the expert economists have completed on this proposal,” Dr. Peter Slavin, Massachusetts General Hospital president, said in prepared remarks.

Under the deal, NewCo would be substituted as the sole member of Exeter Health Resources and Wentworth-Douglass Hospital. Mass General would become the sole member of NewCo, giving it significant control over the governance and operations, which is a matter of “considerable interest to this state,” the report said.

Exeter Hospital, a 100-bed hospital with outpatient programs in surgery, radiation, oncology and cardiac catheterization, and Wentworth-Douglass Hospital are within 18 miles of each other and provide similar inpatient and outpatient services, according to the report. Both Exeter and Wentworth-Douglass own a significant number of physician practices, such as Exeter’s 140-doctor group that offers primary care, pediatrics, orthopedics, gastroenterology and other specialties. Within the seacoast region, there are a limited number of healthcare entities of size and breadth similar to Exeter and Wentworth-Douglass that also own physician practices, the report said.

“Should EHR, WDH and MGH take further steps to consummate the transaction despite the objection set forth in this report, the Charitable Trusts Unit will bring judicial proceedings and seek injunctive relief,” New Hampshire authorities said in the report.

Partners has continued to try to expand into neighboring states, with varying success. The Boston-based integrated health system was targeting an entry point into the Rhode Island market through a deal with Care New England, adding Lifespan to the proposed talks early last year. It later dropped Lifespan and ultimately nixed the entire deal in June.

Establishing a presence in Rhode Island was an emphasis of Dr. David Torchiana, former president and CEO of Partners. Torchiana retired in April, making way for Dr. Anne Klibanski, who took on the interim CEO role in February and officially became the system’s first female chief executive in June.

Partners has been criticized for its high prices stemming from higher than average inpatient and academic medical center utilization. Beth Israel Deaconess Medical Center and Lahey Health said that a significant driver behind their merger late last year was to keep Partners in check.

A class-action lawsuit alleging Sutter Health violated California’s antitrust laws by using its market power to overcharge patients is slated to open Sept. 23, according to the Los Angeles Times.

1. The lawsuit dates back to 2014. Self-funded employers and union trusts initially filed the case, which was later joined with a lawsuit brought in 2018 by California’s attorney general.

3. Sutter could be liable for as much as $2.7 billion. The plaintiffs are seeking up to $900 million in damages, and that amount can be tripled under California’s antitrust law, according to the Los Angeles Times.

4. Sutter denies the allegations. Regarding the lawsuit, a health system spokesperson released the following statement to the Los Angeles Times: