The company plans to leverage its expansive retail footprint of 9,000 stores, as well as its pharmacy business and other care delivery assets, to connect patients with late-stage pharmaceutical trials either at retail clinics, at home, or virtually. To match patients with trials, Walgreens is partnering with health data company Pluto Health, which aggregates information across medical records, insurance claims, and other sources.

The Gist: The decentralized clinical trial business has been growing since the pandemic spurred a rapid switch to remote trial participation. This announcement comes roughly a year after competitor CVS announced its entry into the clinical trial space.

Most clinical research is centered in academic medical centers, which are disproportionally located in large urban areas, forcing many patients to travel long distances to participate. With large amounts of patient data and footprint spanning all fifty states, retail pharmacies are well-positioned to partner with investigators to reach patients who lack access to clinical trials today, given lack of financial resources or ability to travel. 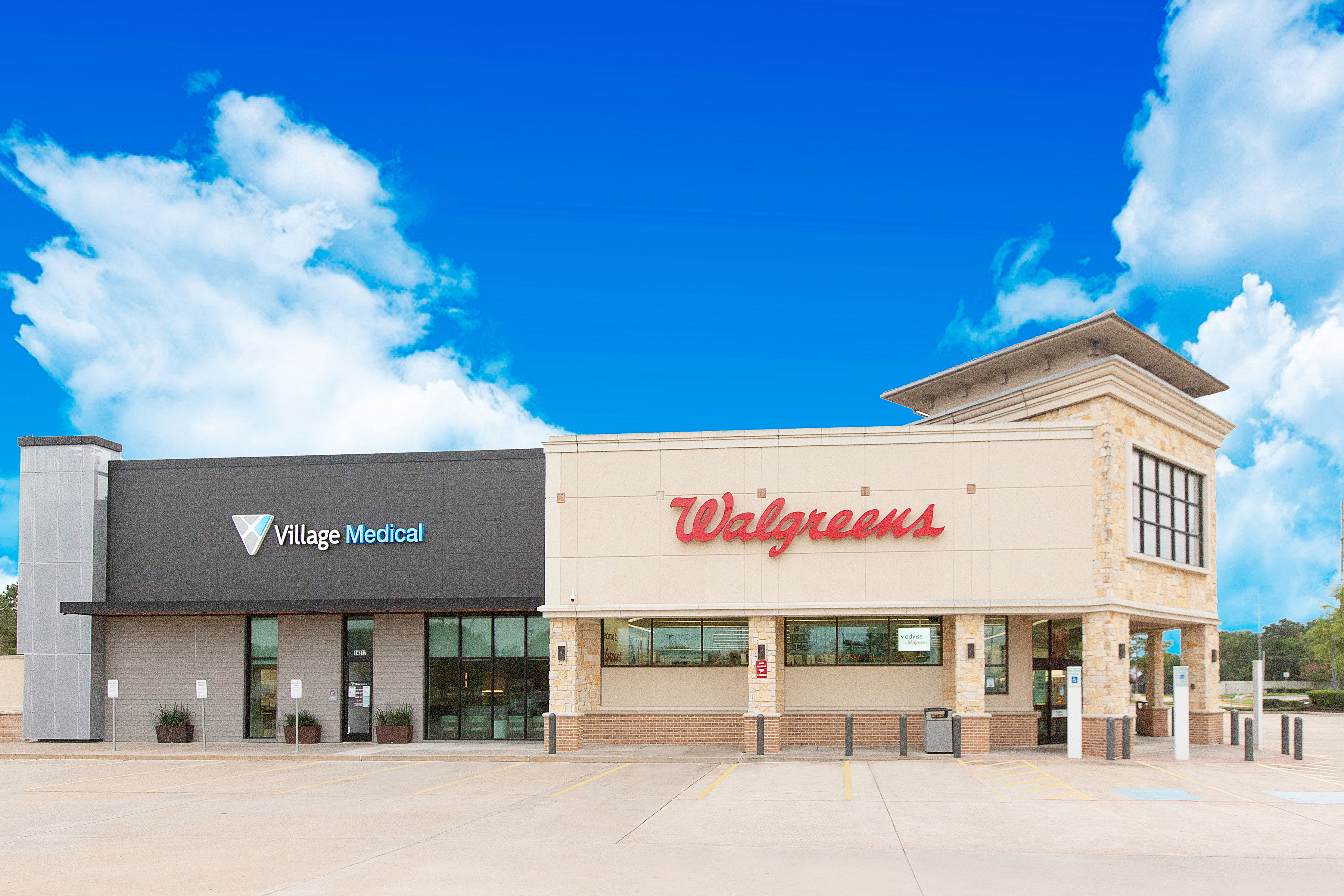 Retail clinics, which can generate additional script-writing and drive front-of-store sales for their owners, have seen renewed interest in recent years from giants like pharmacy rival CVS Health and retail behemoth Walmart. But Walgreens is the first national pharmacy chain to work toward building out a primary care infrastructure in stores across the U.S.

The move represents a massive investment in the healthcare delivery space for the Illinois-based company, which began trialing the full-service doctor’s offices in its stores late last year with five clinics in Houston, Texas. The pilot was successful, Walgreens said, driving high patient satisfaction scores.

As such, Walgreens plans to open 500 to 700 stores over the next five years, staffed by more than 3,600 primary care physicians recruited by VillageMD, along with nurses, social workers and therapists working alongside Walgreens’ pharmacists in 30 U.S. markets.

The two companies are still finalizing what those initial markets are going to be, but the very first will be in Texas and Arizona, Walgreens’ Director of Pharmacy and Healthcare Services Communications Kelli Teno told Healthcare Dive. More than half of the clinics will be located in government-designated medically underserved areas such as Houston, which have a large share of low-income populations, migrant workers and Medicaid beneficiaries.

The stores will accept a broad array of insurance options, according to the release. Many plans VillageMD works with have a zero dollar to $10 co-pay for primary care services, Teno said.

The clinics use a sliding scale payment model for patients who don’t have insurance to try to make care more affordable for the broad range of primary care services provided, like preventative visits, acute infection or minor trauma care or chronic condition management.

Telehealth will be available around the clock for consumers via Walgreens’ healthcare marketplace app, called Find Care, or via VillageMD’s internal capabilities. VillageMD doctors can also provide at-home doctor visits for vulnerable populations, such as senior citizens or the immunocompromised.

Walgreens already has 14 in-store primary care clinics operated by different partners like Partners in Primary Care, Southwest Medical — part of Optum’s physician group — and VillageMD. Late last year, Walgreens announced it was closing 160 of its internally staffed walk-in clinics, though it still has more than 400 clinics nationwide, most staffed or run by local health systems or physician groups.

Its outsourcing model flies against CVS, which built out its health-focused store network, called HealthHUBs, through acquisitions and builds. HealthHUBs designate at least a fifth of floor space to health and wellness focused products. CVS plans to have a chain of 1,500 locations by the end of 2021 as part of its enterprise growth strategy, adding to its almost 10,000 retail locations and more than 1,100 walk-in medical clinics.

For its part, Walgreens’ clinics will be between 3,300 and 9,000 square feet and use existing space within Walgreens’ locations. To make room, clinic-linked stores will offer fewer unhealthy front-end products like snacks and sodas. Tobacco products will not be sold in the first 200 Village Medical at Walgreens locations.

“Many of the stores that we’re initially looking at to build these clinics naturally sell more pharmacy and health and wellness products,” Teno said. “It will really depend on the needs of that local community.”

VillageMD, through its subsidiary Village Medical, includes more than 2,800 doctors across nine markets. The seven-year-old company, which competes with other primary care management companies like UnitedHealth-owned Optum has raised $216 million in total funding across three rounds from investors like Oak HC/FT and Town Hall Ventures, a firm founded by Andy Slavitt, former CMS administrator under President Barack Obama.