The White House is reportedly embracing a herd-immunity approach focused on “protecting the elderly and the vulnerable” but experts are calling the plan dangerous, “unethical”, and equivalent to “mass murder”.

The news comes following a petition titled The Great Barrington Declaration, which argued against lockdowns and school and business closures and got almost 500,000 signatures – although some of them were fake.

“Current lockdown policies are producing devastating effects on short and long-term public health,” the declaration states, adding, “The most compassionate approach that balances the risks and benefits of reaching herd immunity, is to allow those who are at minimal risk of death to live their lives normally to build up immunity to the virus through natural infection, while better protecting those who are at highest risk. We call this Focused Protection.”

Essentially, herd immunity is when enough people are immune to a disease, like Covid-19, that the disease can’t be transmitted as easily and thus provides indirect protection.

It’s been rumoured that the government has been leaning towards this plan of action for some time now, although this is the first real admission.

In response to today’s news, experts around the world have been voicing their concerns.

And this isn’t the first time we’ve heard experts say herd immunity is not a good idea.

For example, the head of the World Health Organization said Monday that allowing the novel coronavirus to spread in an attempt to reach herd immunity was “simply unethical.”

“What I worry about with this is it’s being presented as if it’s a major alternative view that’s held by large numbers of experts in the scientific community. That is not true. This is a fringe component of epidemiology. This is not mainstream science. It fits into the political views of certain parts of our confused political establishment,” he said in an interview.

Not to mention studies continue to show that Sweden’s attempts at herd immunity have failed and have resulted in a higher Covid-19 death toll than expected.

As more research comes out, scientists are starting to learn that Covid-19 immunity, even in those who were severely infected, can fade after a few weeks.

This is why we’ve seen cases of reinfection and why many experts are advising against a herd immunity plan.

To put that into context, that means around 197 million people would need to be infected in America. And assuming that the Covid-19 fatality rate is somewhere between 0.5% and 1%, based on numbers from the World Health Organization (WHO), more than 1 million people would die – at minimum.

William Haseltine, Chair and President of ACCESS Health International, told CNN “herd immunity is another word for mass murder. We are looking at two to six million Americans dead – not just this year but every year.”

“This is an unmitigated disaster for our country – to have people at the highest levels of our government countermanding our best public health officials. We know this epidemic can be put under control. Other countries have done it. We are doing the opposite.” 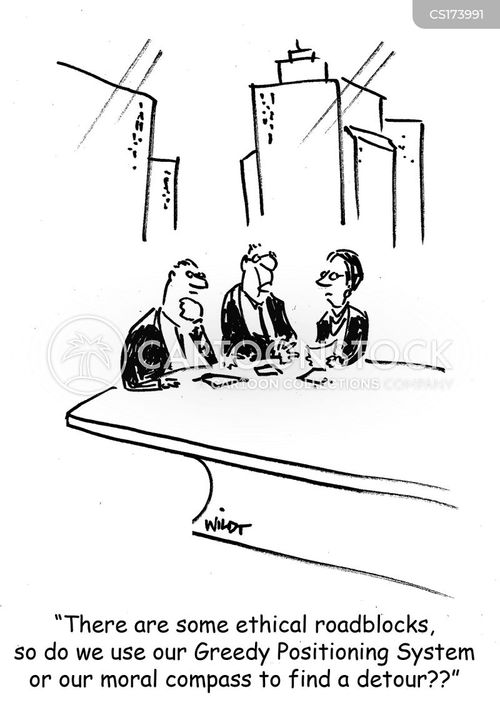 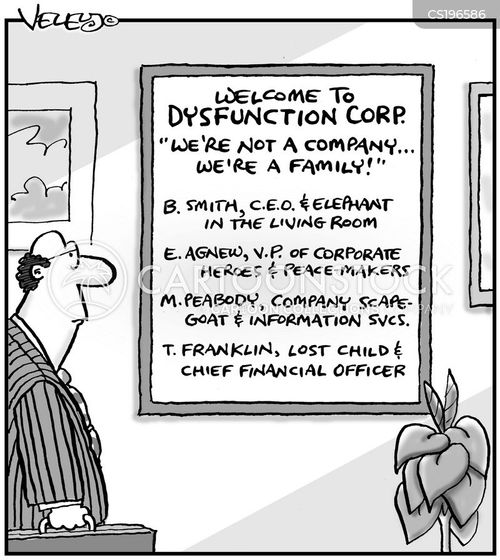 Health systems defend their corporate VCs, noting a separation of clinical and investment decisions along with general policies designed to prevent improper influence. Yet the potential for conflicts of interest looms, ethicists said in interviews — particularly when a health system’s hospitals adopt products from companies staked with funds via the affiliated VC.

“If you have a venture program that is really gearing up with some serious investments and they are going to use those devices in their own institution, I would say that’s a matter of concern,” said Jeffrey Flier, dean of Harvard Medical School from 2007 to 2016, in an interview.

“That doesn’t mean it would be done dishonestly, it just means that maybe they should promote doing it elsewhere, not in their own institution.”

A mixture of medicine and finance

The case of Gauss Surgical, a private medical device startup, illustrates how some of these questions can play out in practice.

Corporate VCs affiliated with nine hospital systems have invested in the company since its founding in 2011. A majority of those VC funds were launched in the past five years. A tenth system, Memorial Hermann Health System, invested directly in Gauss. All 10 systems also use — to varying extent — Gauss’ flagship Triton device in clinical practice.

A software platform designed to process images, Triton is used to quantify blood loss, typically during childbirth. Studies have shown standard practices, such as visually estimating or weighing bloody materials, to be inaccurate, leaving an opening for an improvement.

Between the 10 health systems invested in Gauss, 16 of their hospitals use Triton, according to Gauss. Overall, more than 50 U.S. hospitals use the device today, the Los Altos, California-based startup said.

Those running the funds invested in Gauss acknowledge the need for full disclosure to avoid any real or perceived conflicts of interest, particularly when their hospitals are using the device.

“It’s fair to ask why nonprofit systems have venture funds,” said Darren Dworkin, managing director of Summation Health Ventures, a joint VC arm for Cedars-Sinai and MemorialCare that launched in 2014 and has invested in Gauss.

Still, Dworkin, also Cedars’ chief information officer, argued the fund helps fill an investment gap for businesses like Gauss with promising ideas that might not otherwise have received financial backing.

“If there was perfect liquidity in the capital markets for all great ideas, maybe the case can be made that focus can be in other areas,” the exec said in an interview.

Along with adoption — some hospitals routinely use the device in newborn delivery — has come controversy, however.

At one of those hospitals, St. Joseph Hospital in Orange County, California, an investment by the parent system’s VC fund led to objections from some healthcare staff over the adoption of Triton. The hospital is owned by Providence St. Joseph, which invested in Gauss through its VC arm, Providence Ventures.

Last April, 10 physicians working at the hospital signed onto a letter sent to Scott Rusk, the hospital’s chief medical officer, airing doubts over whether Triton improved patient outcomes, and questioning if its use was influenced by the chain’s financial investment in Gauss.

“We suspect that their use has been mandated by the health system due to investments made by the Providence Venture Capital Fund, and that the insistence that they be used has more to do with ensuring a return on investments than with improving patient care,” the doctors wrote, according to a copy of the letter obtained by Healthcare Dive.

In a statement to Healthcare Dive, Providence St. Joseph said clinical adoption decisions are made exclusively by clinical and operational leadership review, and are not influenced by Providence Ventures. After that review, hospitals in the system decide on their own whether or not to use such products.

“There was no directive from PSJH or Providence Ventures to use the device,” the chain stated on the Orange County hospital. “The decision was made to fund and adopt the Gauss solution at the local hospital level.”

Only three of the system’s 51 hospitals use Triton today, the organization said, and the Orange County hospital made the decision to start using the device before the merger creating Providence St. Joseph completed in July 2016.

But the fund isn’t entirely walled off from the rest of the system, as its leader also serves as a C-suite executive for the health system. Aaron Martin is the managing general partner at Providence Ventures as well as an executive vice president and chief digital officer for the broader PSJH system.

In response to the letter, Gauss stated it is “statistically impossible for a single practitioner or small group of practitioners to personally observe the impact of a monitoring device on patient outcomes across an entire population,” noting hemorrhage is a low-volume, high-risk event.

The Food and Drug Administration cleared the device in 2014 as an adjunct to blood loss estimation techniques based on two clinical studies, respectively testing 46 patients and 50 patients, as well as a series of non-clinical studies.

“It’s in its infancy,” said Abdulla Al-Khan, a doctor at New Jersey’s Hackensack University Medical Center, which has been testing the device since 2015. “Is it 100% reliable? I don’t think so. Is it perhaps better than a physician’s guesstimation of blood loss? Yes, probably.”

Al-Khan, who is the hospital’s director for its Division of Maternal-Fetal Medicine & Surgery and the Center for Abnormal Placentation, said earlier Triton studies “clearly had their limitations,” and plans to soon begin a study comparing all methods of blood loss estimation.

Daniel Katz, director of obstetric anesthesiology research at Mount Sinai, said in an interview arranged by Gauss that Triton’s clinical value has been well-demonstrated, giving healthcare providers a standard way to measure and keep track of blood loss. While Mount Sinai has an equity investment in Gauss through its corporate VC arm, Katz said he has not received any compensation from Gauss.

Gauss also noted a hospital pays a fee per annual subscription for the software as a service, no matter how often the product is used. It said adoption of the product is independent and goes through the hospital’s regular procurement process in instances where the health system has invested in the company.

The company did not make its CEO Siddarth Satish available for a phone interview.

However, the ECRI Institute, an independent organization that analyzes new technologies for providers, payers and government agencies, reviewed at Healthcare Dive’s request the body of evidence supporting Triton and concluded the device’s clinical value was far from established.

Diane Robertson, the institute’s director of health technology assessment, said the studies done have been small and low quality, noting limitations on trial design for controls, blinding and randomization.

“There isn’t any moderate quality or higher quality evidence on clinical outcomes improvement in patients with how this device is used,” she said.

In response to ECRI’s assessment, Gauss stated that a randomized, controlled trial would be “ineffective, impractical and potentially unethical.” The company further defended Triton’s studies, saying they showed it was more accurate than other estimation methods and is widely supported by leading physicians and experts.

About a decade ago, deals involving hospital-affiliated VCs were few, mustering less than $50 million in total value in 2008 and 2009 combined, according to PitchBook. Activity has steadily risen, surpassing $500 million in annual value in 2014 and reaching nearly $1.3 billion in 2018.

Little analysis has come with that money. Several ethicists told Healthcare Dive they were unaware of any published or ongoing studies examining hospital-affiliated VCs and the unique questions such funds pose for medical technology adoption.

Most of the hospital systems invested in Gauss via corporate VCs said they take conflicts of interest seriously and have policies in place to prevent such influence.

For instance, Mount Sinai, which launched its VC back in 2008, has a board of people not affiliated with the health system to analyze the investments and clinical use, a spokesperson said.

According to ethics experts, such an independent review is a critical step to mitigate the potential for decisions to be made, which could compromise a hospital’s patient-driven mission.

But even the appearance of conflict can bring risks to an organization. In the case of St. Joseph in Orange County, uncertainty over the relationship between the hospital’s use of Triton and Providence St. Joseph’s investment in Gauss through its venture arm was enough to motivate physicians to speak out.

“One has to be very careful not to mix a medical practice with financial gain of an industry,” said Al-Khan, the doctor at Hackensack, which does not have such a VC arm.

The funds, though, appear to be here to stay.

In early 2019, Providence Ventures, which backed Gauss, literally doubled down, announcing its fund will expand from $150 million to $300 million. The fund targets companies just like Gauss: early-stage healthcare companies specializing in IT, medical devices and technology-enabled services.