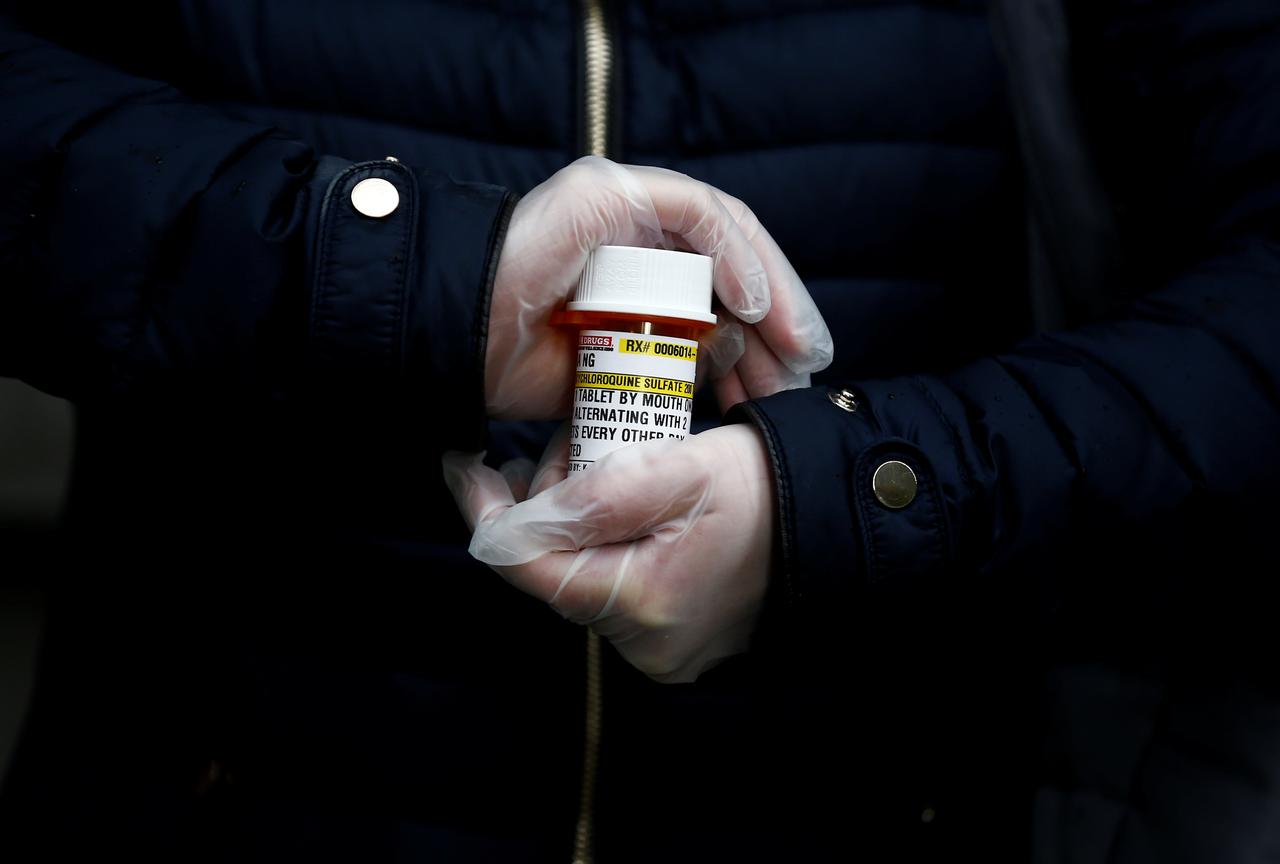 The decades-old drug that President Donald Trump has persistently promoted as a potential weapon against COVID-19 has within a matter of weeks become a standard of care in areas of the United States hit hard by the pandemic — though doctors prescribing it have no idea whether it works.

Doctors and pharmacists from more than half a dozen large healthcare systems in New York, Louisiana, Massachusetts, Ohio, Washington and California told Reuters they are routinely using hydroxychloroquine on patients hospitalized with COVID-19. At the same time, several said they have seen no evidence that the drug, used for years to treat malaria and autoimmune disorders, has any effect on the virus.

Facing those numbers, and in the absence of any known effective treatments, doctors on the frontlines said they began using hydroxychloroquine and the related chloroquine on patients who are deteriorating based on a few small studies suggesting a possible benefit. Some said they had come under pressure from patients to use the therapies widely touted by Trump and other supporters.

“I may take it,” Trump said on Saturday, referring to hydroxychloroquine, though he has twice tested negative for coronavirus, according to the White House. “We’re just hearing really positive stories, and we’re continuing to collect the data.”

Potential side effects of hydroxychloroquine include vision loss and heart problems. But doctors interviewed by Reuters say they are comfortable prescribing the drug for a short course of several days for coronavirus patients because the risks are relatively low and the therapies are inexpensive and generally available.

However, protocols directing how these drugs should be used vary from one hospital to another, including when to introduce them and whether to combine them with other drugs. In addition, some studies showing promise involve patients who took the therapies for mild or early-stage illness. Many of those people are likely to recover from the virus on their own.

Patients admitted to the hospital in the United States are generally much sicker than the mildly ill cases cited in such studies when they receive therapy. These factors, doctors said, have made it difficult for them to determine whether the drugs are making a difference. “I have seen hundreds of patients with severe COVID and most of these people are on hydroxychloroquine,” Dr Mangala Narasimhan, regional director of critical care at Northwell Health, a 23-hospital system in New York, said in an email. “In my opinion, although it is very early, I do not see a dramatic improvement from the hydroxychloroquine in these patients.” Dr Daniel McQuillen, an infectious disease specialist at Lahey Hospital & Medical Center in Burlington, Massachusetts, said he has prescribed a course of hydroxychloroquine for about 30 COVID-19 patients so far because the drug has shown “a little bit of antiviral activity.” But he has not seen “marked improvement for patients.”

“Anecdotally, it may have had limited effect in patients with milder disease,” McQuillen said. The therapy “has had no effect in limiting or slowing progression of our patients that have been at or near ICU level when they arrived.”

The experience of David Lat, a legal recruiter and commentator who founded the blog Above the Law, reflects the mixture of hope and uncertainty surrounding the drugs now being pursued as possible coronavirus treatments.

Since early March, the 44-year-old New Yorker has chronicled his near-fatal infection with coronavirus in social media posts followed by thousands of people. Lat’s case has resonated with a U.S. audience that has begun to recognize the risk that coronavirus poses not only to elderly patients with serious medical conditions, but also to generally healthy younger adults.

After more than a week of worsening symptoms, Lat was admitted to NYU Langone Medical Center on March 16 and later placed on a ventilator. On March 28, he shared on Facebook that his doctors had taken him off of the ventilator and had moved him out of intensive care after his condition improved dramatically.

In an exchange of text messages with Reuters, Lat said he was treated with hydroxychloroquine and the antibiotic azithromycin. He also received the experimental therapy clazakizumab, which aims to regulate an overreaction by the body’s immune system thought to trigger the respiratory distress seen in severe COVID-19. After the story was published, Lat clarified that he received a fourth therapy, the antiviral Kaletra, not Kevzara, as he had initially recalled.

“The doctors haven’t concluded what caused my recovery,” Lat said. “The state of coronavirus research is very much ‘throw stuff against a wall and see what sticks’ – but when something does stick, in terms of a good patient outcome, you’re not sure what stuck.” Lat’s doctors were not immediately available to comment on his treatment.

Some doctors have been vocal in advocating the drug. Dr Vladimir Zelenko, a general practitioner in upstate New York, has claimed that a three-drug cocktail of hydroxychloroquine, azithromycin and zinc sulfate has helped mitigate the infection in nearly 200 hundred of his patients before they became sick enough to require hospitalization. His recommendations have attracted the attention of Trump’s supporters. Zelenko wasn’t immediately available for comment.

Despite such encouraging reports, hard evidence that any of the therapies now under study will work is weeks and possibly months way.

Early, but mixed, data has emerged from COVID-19 trials of the malaria drugs in China. A research team in Marseilles, France, has published data showing that out of 80 mild COVID-19 patients treated with hydroxychloroquine and azithromycin, 93 percent had no detectable levels of the virus after eight days.

Doctors have questioned the value of the Marseille study and several papers from China as being too small or poorly designed to offer hard evidence of benefit. Most do not compare outcomes of patients who received the malaria therapies with people who did not, considered the most reliable measure of a drug’s effectiveness. Last week, doctors in Paris reported that they tried to replicate the results of the Marseille study and failed. Results from a trial conducted in Wuhan, China, were released that included a control group of patients who did not receive the anti-malarial therapy for comparison. But critics questioned why information on the trial’s main goal — detecting viral load — was not disclosed, and said data was missing for some patients. More rigorous U.S.-led trials are now underway. But most focus on whether the drugs can help prevent illness in people exposed to the coronavirus, such as healthcare workers or relatives of confirmed patients, and not people who are already sick. Randomized, controlled trials of the drugs are being conducted in other countries, including China, Brazil and Norway.

Until the evidence is in, “each institution is setting their own treatment guidelines,” said Dr Otto Yang, an infectious disease specialist at the University of California, Los Angeles Medical Center. “There is simply no data,” he said. “It is a matter of opinion, and opinions differ.”

Trump is deeply invested in the idea that the malaria drugs will show a benefit, and personally pressured federal health officials to make them available, Reuters reported on Saturday. The president announced on Twitter last month that hydroxychloroquine, when combined with azithromycin, has the potential to become “one of the biggest game changers in the history of medicine.”