The former leader of a rural hospital chain has been convicted for his role in an elaborate pass-through billing scheme, the Justice Department announced June 27.

Prosecutors said Mr. Perez conspired with others to bill for $1.4 billion of medically unnecessary laboratory testing services. He used rural hospitals as billing shells to submit claims for services that were mostly performed at outside laboratories.

The evidence presented at trial showed that Mr. Perez and other defendants targeted and obtained control of financially distressed rural hospitals through management agreements and purchases. They targeted rural hospitals because they often get higher reimbursement rates for laboratory testing from private insurers, according to the Justice Department.

“After private insurance companies began to question the defendants’ billings, they would move on to another rural hospital, leaving the rural hospitals they took over in the same or worse financial status as before,” the Justice Department said. At least three of the hospitals were forced to close.

Ten Texas physicians and a healthcare executive who operates a group of medical practices in Florida agreed to pay a total of $1.68 million to settle kickback allegations, according to a March 22 Justice Department news release.

Here are the physicians who reached monetary settlements:

As part of the settlements, the 10 physicians agreed to cooperate in the investigations against other parties involved in the alleged scheme.

In addition to the physicians, Brett Markowitz, the founder and CEO of Florida Rejuvenation Holdings, which operates medical practices in Tampa, paid $185,000 to resolve allegations of accepting kickbacks from True Health. Prosecutors said True Health paid for each patient that physicians at the medical practices referred for clinical laboratory services.

The Gist: It’s rare that tech executives are convicted of fraud. Investors, including many health systems, have been flooding healthcare startups with large sums of cash in hopes of big returns. But the Theranos debacle is a reminder that Silicon Valley’s “fake it till you make it culture” is not always the best fit for healthcare. Providers must continue to hold new medical technologies to high standards, regardless of how much promise they hold to “revolutionize” aspects of patient care.

ACLA began its legal case against the implementation of PAMA late in 2017, weeks after the release of the final private payer rate-based clinical laboratory fee schedule. As ACLA sees it, HHS diverged from PAMA directives by exempting “significant categories and large numbers of laboratories” from reporting market data, meaning “Medicare rates will not be consistent with market-based rates.”

The trade group said the court relied “on the same conclusions that the D.C. Circuit [appeals court] rejected.” The court ruling said the case was dismissed “for lack of subject matter jurisdiction.”

ACLA’s filing of a notice of appeal restarts a process that could take months to play out. The last time the trade group appealed, there was a nine-month wait between the submission of a notice and the delivery of the opinion of the court.

While preparing its opening brief and then waiting on the decision of the appeals court, ACLA will try to tackle PAMA from another angle.

“ACLA will continue to work with policymakers to establish a Medicare Clinical Laboratory Fee Schedule that is truly representative of the market and supports continued innovation and access to vital laboratory services, as Congress originally intended,” Julie Khani, president of ACLA, said in a statement.

Congress has already delayed the next set of fee cuts until 2022. ACLA said the cuts will reduce rates for certain tests used to diagnose chronic diseases by 15%, potentially threatening access to testing. Rates were previously cut in 2018, 2019 and 2020.

Talking to investors in April, LabCorp CEO Adam Schechter said he expects the 2022 impact to “be about the same as it was in 2019, around the $100 million mark.”

U.S. commercial labs had made “significant strides” during the coronavirus pandemic by expanding testing capacity from about 100,000 tests per day in early April to more than 300,000 currently, according to ACLA.

But newly emerging hotspots like Arizona, California and Texas are putting a strain on labs and an already limited supply of testing materials, the group said.

While labs nationwide are trying to increase capacity by purchasing more testing machines and attempting to secure additional test materials from suppliers, ACLA President Julie Khani cautioned, “the reality of this ongoing global pandemic is that testing supplies are limited” and “every country across the globe is in need of essential testing supplies, like pipettes and reagents, and that demand is likely to increase in the coming months.”

Khani said ACLA has been in talks with the Trump administration and supply chain partners about the challenges labs face as they try to increase their level of respective COVID-19 testing abilities to meet the anticipated increase in U.S. demand for tests over the coming weeks.

In the absence of a solution, Khani warned that significant demand “will likely exceed” labs’ testing capacities and “could extend turnaround times for test results.”

For its part, Quest’s statement on Thursday described the U.S. coronavirus outbreak as an “evolving” situation that is putting a “strain” on the company’s COVID-19 testing resources.

“Today, we have the capacity to perform approximately 110,000 of these tests a day (770,000 a week). Despite the rapid expansion of our testing capacity, demand for testing has been growing faster,” according to Quest.

Currently, Quest’s average turnaround time for test results are one day for hospital patients, pre-operative patients in acute care settings, and symptomatic healthcare workers, and two to three days for all other patient populations. However, the company warned that “given increased demand, we expect average turnaround times near term to extend in excess of 3 days.”

Nonetheless, Quest said it is taking actions to try to increase COVID-19 testing scale, with the goal of being able to perform 150,000 tests per day. Toward that end, the company is installing additional testing platforms in its network of U.S. labs and said it is collaborating with independent labs who currently have underused capacity.

Quest’s rival LabCorp was not immediately available for comment on its testing capacity amid reports of demand increasing across the country.

The indictment, filed in the Middle District of Florida and unsealed Monday, alleges the 10 defendants, using management companies they owned, would take over rural hospitals often struggling financially. They would then bill commercial payers for millions of dollars for pricey urine analysis drug tests and blood tests through the rural hospitals, though the tests were normally conducted at outside labs, and launder the money to hide their trail and distribute proceeds.

The rural hospitals had negotiated rates with commercial insurers for higher reimbursement for tests than if they’d been run at an outside labs, so the facilities were used as a shell for fraudulent billing for often medically unnecessary tests, the indictment alleges.

The defendants, aged 34 to 60, would get urine and other samples by paying kickbacks to recruiters and healthcare providers, like sober homes and substance abuse treatment centers.

Screening urine tests, to determine the presence or absence of a substance in a patient’s system, is generally inexpensive and simple — it can be done at a substance abuse facility, a doctor’s office or a lab. But confirmatory tests, to identify concentration of a drug, are more precise and sensitive and have to be done at a sophisticated lab.

As such they’re more expensive and are typically reimbursed at higher rates than screening urine tests. None of the rural hospitals had the capacity to conduct confirmatory tests, or blood tests, on a large scale, but frequently billed in-network insurers, including CVS Health-owned Aetna, Florida Blue and Blue Cross Blue Shield of Georgia, for the service from 2015 to 2018, the indictment says.

Rural hospitals are facing unprecedented financial stress amid the pandemic, but have been fighting to keep their doors open for years against shrinking reimbursement and lowering patient volume. That can give bad actors an opportunity to come in and assume control.

One of the defendants, Jorge Perez, 60, owns a Miami-based hospital operator called Empower, which has seen many of its facilities fail after insurers refused to pay for suspect billing. Half of rural hospital bankruptcies last year were affiliated with Empower, which controlled 18 hospitals across eight states at the height of the operation. Over the past two years, 12 of the hospitals have declared bankruptcy. Eight have closed, leaving their rural communities without healthcare and a source of jobs.

“Schemes that exploit rural hospitals are particularly egregious as they can undermine access to care in underserved communities,” Thomas South, a deputy assistant inspector general in the Office of Personnel Management Office of Inspector General, said in a statement.

Federal relief grants are helping offset major financial losses for some health systems in the short-term, but factors like a second surge causing another total lockdown, rising unemployment and hesitancy from patients as they return to medical settings make long-term prospects unpredictable.

S&P Global Ratings said in a report this week that it took 36 negative actions in health services companies during the pandemic. The most affected sub-sector was dental companies. It also changed outlooks on ambulatory surgery centers given significant volume declines.

Hospitals and home healthcare were rated at moderate to high financial risk, though analysts expect those businesses to recover faster due to the more essential nature of their services, according to the report. And in the short-term, government relief funds will help bolster hospitals’ liquidity as they attempt to return to normal operations and recover from steep losses.

Delayed elective care that’s just restarting in some states led most hospitals to the financial fallout. But even hospitals treating a large number of COVID-19 patients will be hurt, as these patients are expensive to treat due to higher supply and labor costs, the report said.

It also found that nonprofit and for-profit operators could fare differently in their financial recoveries. Non-profit hospitals generally have larger cash reserves than for profit systems, which rely instead almost exclusively on cash flow and borrowings for liquidity.

Providers are relying specifically on the Coronavirus Aid, Relief and Economic Security Act which allocated $100 billion for providers that they don’t have to pay back, though there has been some criticism about how the money was distributed and whether it advantages some providers over others.

A Kaiser Family Foundation report found that CARES funding tends to favor for profit, higher margin hospitals with a higher mix of private payer revenue compared to those that rely on government payers such as Medicare and Medicaid.

Other legislation to help financially struggling health systems include advanced Medicare payments in the form of loans that must be paid back roughly four months after they are received.

The Paycheck Protection and Healthcare Enhancement Act passed in late April gave providers an additional $75 billion, though calculation and distribution methods have yet to be determined.

Lab companies were put in the moderate risk category, and seeing a “40% decline in lab tests net of COVID testing,” S&P said.

Still, it said despite the drop in overall testing for LabCorp and Quest Diagnostics, S&P predicted “their services to become even more important, and for their services to recover reasonably well as testing related to the pandemic continues to grow and as medical procedures and physician visits ramp-up through the rest of the year and into 2021.” 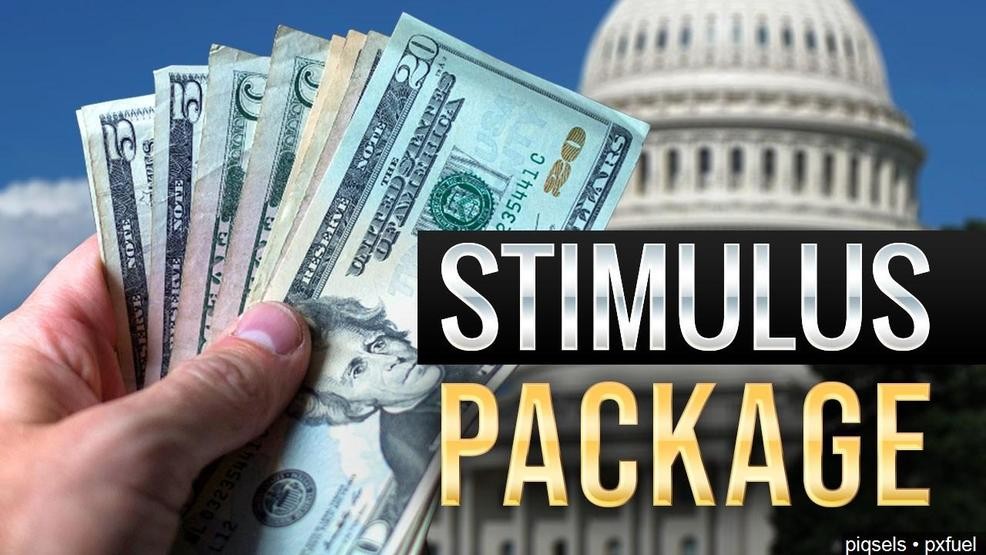 Congress’ big stimulus package will provide more than $100 billion and several favorable payment policies to hospitals, doctors and others in the health care system as they grapple with the coronavirus outbreak.

The big picture: Hospitals, including those that treat a lot of rural and low-income patients, are getting the bailout they asked for — and then some.

The cornerstone provision is a no-strings-attached $100 billion fund for hospitals and other providers so they “continue to receive the support they need for COVID-19 related expenses and lost revenue,” according to a summary of the legislation.

The bill provides many other incentives for the industry.

What’s missing: Patients who are hospitalized with COVID-19 could still be saddled with large, surprise bills for out-of-network care.