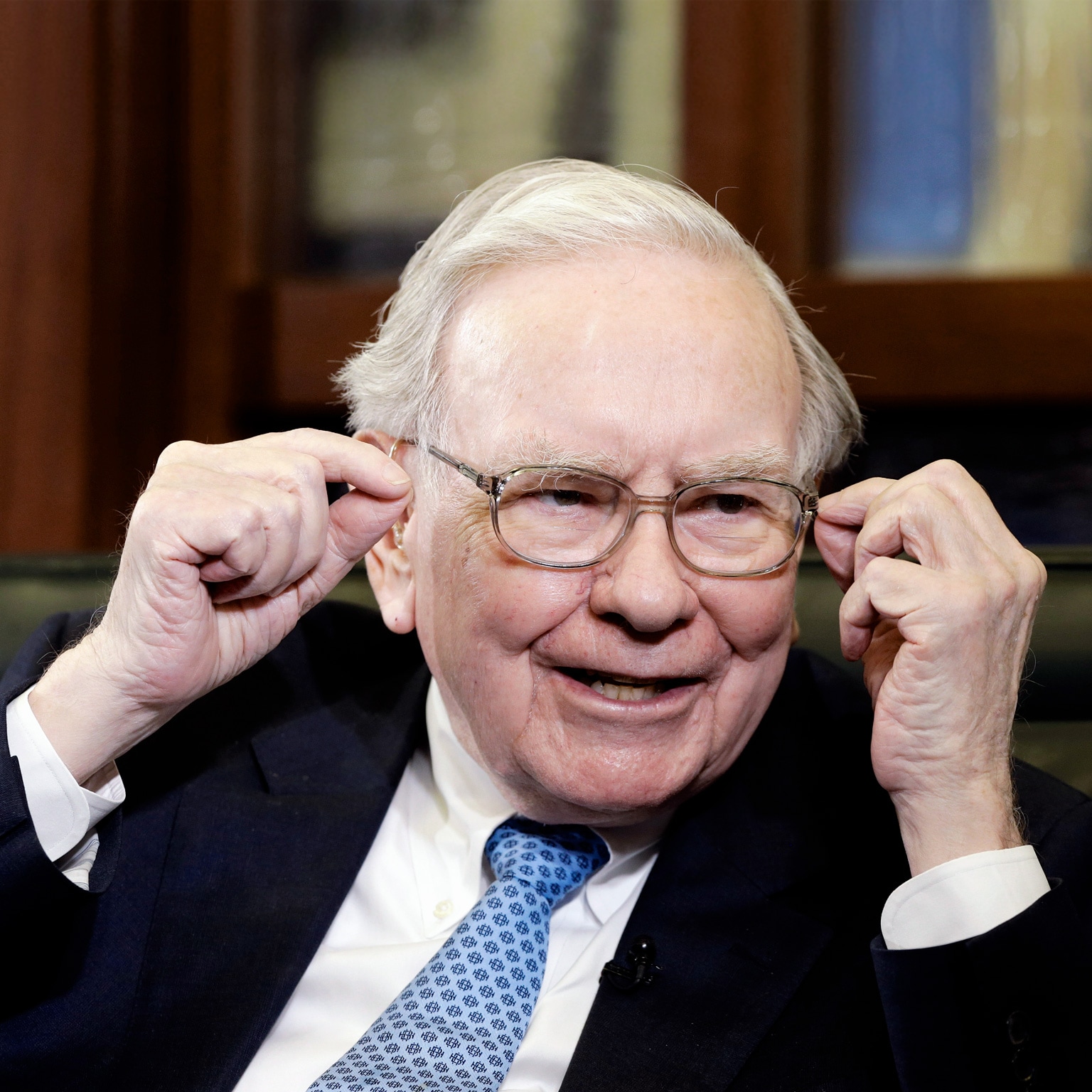 As Warren Buffett turns 90, the story of one of America’s most influential and wealthy business leaders is a study in the logic and discipline of understanding future value.

Patience, caution, and consistency. In volatile times such as these, it may be difficult for executives to keep those attributes in mind when making decisions. But there are immense advantages to doing so. For proof, just look at the steady genius of now-nonagenarian Warren Buffett. The legendary investor and Berkshire Hathaway founder and CEO has earned millions of dollars for investors over several decades (exhibit). But very few of Buffett’s investment decisions have been reactionary; instead, his choices and communications have been—and remain—grounded in logic and value.

Buffett learned his craft from “the father of value investing,” Columbia University professor and British economist Benjamin Graham. Perhaps as a result, Buffett typically doesn’t invest in opportunities in which he can’t reasonably estimate future value—there are no social-media companies, for instance, or cryptocurrency ventures in his portfolio. Instead, he banks on businesses that have steady cash flows and will generate high returns and low risk. And he lets those businesses stick to their knitting. Ever since Buffett bought See’s Candy Shops in 1972, for instance, the company has generated an ROI of more than 160 percent per year —and not because of significant changes to operations, target customer base, or product mix. The company didn’t stop doing what it did well just so it could grow faster. Instead, it sends excess cash flows back to the parent company for reinvestment—which points to a lesson for many listed companies: it’s OK to grow in line with your product markets if you aren’t confident that you can redeploy the cash flows you’re generating any better than your investor can.

As Peter Kunhardt, director of the HBO documentary Becoming Warren Buffett, said in a 2017 interview, Buffett understands that “you don’t have to trade things all the time; you can sit on things, too. You don’t have to make many decisions in life to make a lot of money.” And Buffett’s theory (roughly paraphrased) that the quality of a company’s senior leadership can signal whether the business would be a good investment or not has been proved time and time again. “See how [managers] treat themselves versus how they treat the shareholders .…The poor managers also turn out to be the ones that really don’t think that much about the shareholders. The two often go hand in hand,” Buffett explains.

Every few years or so, critics will poke holes in Buffett’s approach to investing. It’s outdated, they say, not proactive enough in a world in which digital business and economic uncertainty reign. For instance, during the 2008 credit crisis, pundits suggested that his portfolio moves were mistimed, he held on to some assets for far too long, and he released others too early, not getting enough in return. And it’s true that Buffett has made some mistakes; his decision making is not infallible. His approach to technology investments works for him, but that doesn’t mean other investors shouldn’t seize opportunities to back digital tools, platforms, and start-ups—particularly now that the COVID-19 pandemic has accelerated global companies’ digital transformations.

Still, many of Buffett’s theories continue to win the day. A good number of the so-called inadvisable deals he pursued in the wake of the 2008 downturn ended paying off in the longer term. And press reports suggest that Berkshire Hathaway’s profits are rebounding in the midst of the current economic downturn prompted by the global pandemic.

At age 90, Buffett is still waging campaigns—for instance, speaking out against eliminating the estate tax and against the release of quarterly earnings guidance. Of the latter, he has said that it promotes an unhealthy focus on short-term profits at the expense of long-term performance.

“Clear communication of a company’s strategic goals—along with metrics that can be evaluated over time—will always be critical to shareholders. But this information … should be provided on a timeline deemed appropriate for the needs of each specific company and its investors, whether annual or otherwise,” he and Jamie Dimon wrote in the Wall Street Journal.

Yes, volatile times call for quick responses and fast action. But as Warren Buffett has shown, there are also significant advantages to keeping the long term in mind, as well. Specifically, there is value in consistency, caution, and patience and in simply trusting the math—in good times and bad.

For most people, the effect of Covid-19 on the body is temporary. A dry cough. Fever. Shortness of breath. Then recovery.

But the way the pandemic has altered the behavior of consumers may turn out to be a more permanent shift.

A recent article in the Wall Street Journal reported that the global cosmetics market is down 8%, with less people venturing out of their homes. Demand for at-home cooking products such as Hellman’s Mayonnaise, Knorr soup cubes, and frozen dinners are on the rise. Consumers are ordering more online, embracing food-delivery services, and buying cleaning and hygiene products in droves.

And this is just the tip of the iceberg.

Here are three ways the pandemic has shifted consumers’ mindsets and purchasing behavior, with the data to prove it.

1) Live entertainment in the age of coronavirus

The live entertainment industry has experienced significant disruption since Covid-19 began spreading globally in January. The NBA suspended its season in early March. The International Olympic Committee postponed this summer’s Olympic Games in Tokyo until next year. Concert venues have been shuttered as many countries have limited social gatherings to 50, 10, or even 2 people.

What does the future hold for live entertainment? Data suggests that consumers’ fear of Covid-19 might keep them from returning to arenas, concert halls, and other venues even after the industry kicks back into gear. A recent global survey by Dynata, the world’s largest first-party survey platform, found that over half of people expressed significant concern about returning to live events.

“Our findings suggest a mood of caution as people think about a return to live experiences,” state the researchers at Dynata. “Sixty-five percent overall say they will return to live concerts quite slowly or not at all; 55% say the same for movies, 57% for sporting events and 64% for live theater.”

The team at Dynata also found that, since the pandemic started, more than half of those surveyed have live-streamed a concert, movie, sports event, or theatrical production, with movies being the most popular choice of entertainment. Live-streaming events is most common in China, where close to 70% of Chinese people have live-streamed at least one movie since the pandemic began.

Consumers aren’t nearly as shy about returning to restaurants. A recent survey by the Cincinnati-based experiential marketing firm AGAR found that consumers were more likely to indicate a desire to return to restaurants than sporting events, concerts, and cultural holidays and fairs.

Moreover, consumers are voicing a growing interest in health-conscious event planning. Asking consumers what event features they would most desire in the future, the team at AGAR found that hand sanitizing kiosks, social distancing ground stickers, and spaced-apart seating were on the top of the list. Interestingly, over a third of people expressed a willingness to pay a premium to attend smaller events with limited capacities.

“The results of the study clearly show us the path forward, what must be done to bring people back and to make them comfortable,” said AGAR founder, Josh Heuser. “It’s vital that we ensure people feel supported, safe and cared for while attending events.”

2) Contactless payment is becoming the rule not the exception

Prior to the pandemic, approximately 22% of the more than 11,000 global respondents surveyed by Dynata expressed a preference for cash. This has now fallen to 15%. The countries most prepared to make the shift to contactless payment are China, Singapore, and the United Kingdom.

“The past few months have seen an increase in the availability of contactless methods,” according to researchers at Dynata. “The biggest growth has been seen in the USA, moving from 38% to 46% ownership of a contactless method of payment.”

According to the researchers at Dynata, 84% of people using telemedicine services during the pandemic were doing so for the first time. And the data show that it is here to stay; 55% of people using telemedicine found the experience to be extremely or very satisfactory. Interestingly, people in the United Kingdom, United States, and Canada were most satisfied with the experience, perhaps because there is a relatively low number of doctors per capita in these countries.

Beyond telemedicine, consumers are increasingly interested in products that provide protection against environmental contaminants and pathogens. Wesley LaPorte, co-founder and CEO of PhoneSoap, a company that makes UV light phone sanitizers, notes a significant uptick (+500%) in PhoneSoap web traffic.

“As awareness of the spread of COVID-19 began to grow in the country, PhoneSoap quickly sold out of UV-C light sanitizers,” said LaPorte. “After the spike in March, web traffic is still significantly higher than last year, with consumers continuing to place pre-orders at unprecedented levels.”

Conclusion: Sigmund Freud was famous for popularizing the idea that human behavior is largely guided by sex, attraction, and the pleasure principle. Covid-19 provides a compelling counterpoint to Freud’s theory — that, especially during times of heightened panic and threat, it is the survival instinct that trumps all other motivations.