The union that represents 1,300 resident physicians at Ann Arbor-based Michigan Medicine said the health system is exploiting its members as both sides negotiate a new contract, according to Michigan Radio.

The University of Michigan House Officers Association and Michigan Medicine are trying to reach an agreement before the current contract expires in late June. But compensation remains a key sticking point.

“Frankly I’m here because, for lack of a better term, Michigan [Medicine] residents right now are being exploited for their labor. Especially during this crisis,” said Dr. Bickett-Hickok, who is on the union board. She also cited her debt load for undergraduate and medical school in her reasoning for seeking a cost-of-living raise.

Overall, the union says it wants fair wages that recognize the risks physician residents have been willing to take on during the pandemic.

In a statement provided to Becker’s Hospital Review, Michigan Medicine spokesperson Mary Masson said the health system “recognizes the important role of the [union] members” and amid the pandemic “has honored the compensation package previously proposed to the HOA, which includes salary increases.”

The union proposes that the health system use part of the university’s endowment funds to help cover the new labor deal. 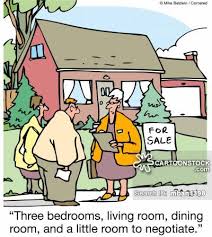